We love an open brief – we really do –  and this was one of those; to create a film about Diversity and Inclusion that would encourage people within B&Q to focus on diversity, commissioned by the Gray Creative Agency, and the freedom to be creative.

Authenticity was absolutely key to our approach but we also wanted to create a film that stood out from the usual communications, something cinematic.

Most importantly, we wanted to tell a story, to take the audience on a journey, subtly revealing our subject rather than being too obvious.

We also felt that it was essential that we didn’t just highlight differences but celebrated the common ground; our films had to appeal right across the business, not just “preaching to the converted”.

We storyboarded a version of the script and then either found people within the business or adapted our creative to tell their real stories. This ensured absolute authenticity. Within our interviews, though led, we were constantly open to new and interesting insights.

The strap line was created by us as part of the creative and formed the backbone of an associated poster and digital signage campaign. We took the still photographs for these alongside the filming but adapted to ensure that each still image told its own story. 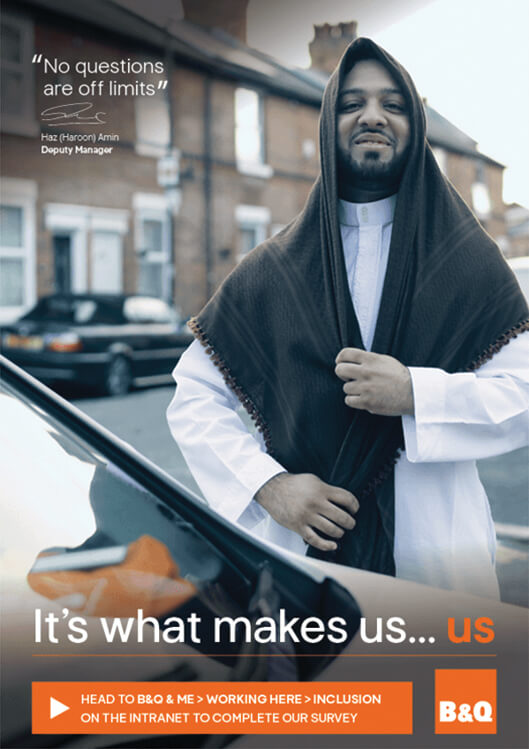 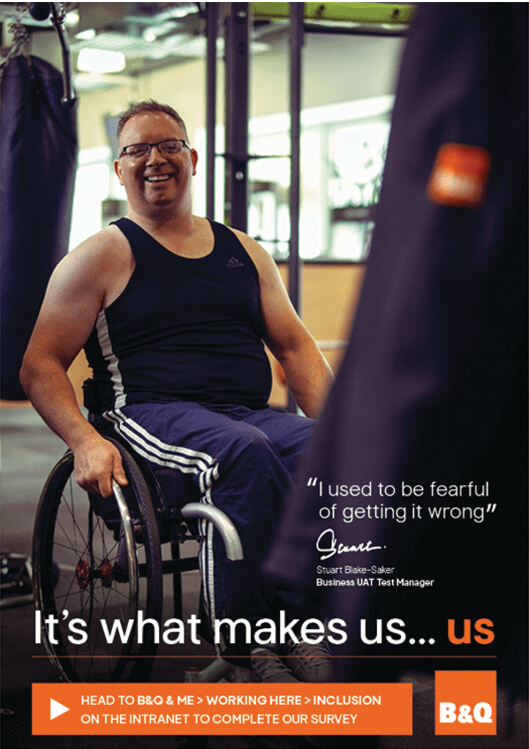 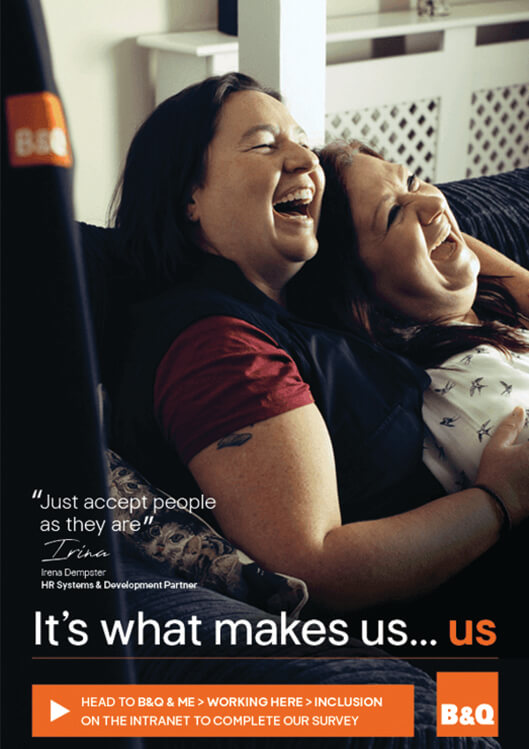 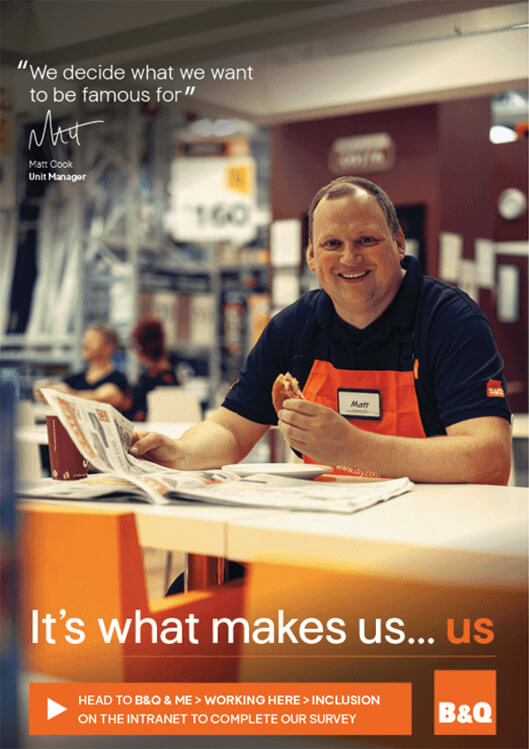